16 Richest Politicians of the World

According to Forbes' report, among the current ranks of 1,226 billionaires in the world, 425 are American. Of those, five have run for office. Only one, the richest among them, New York Mayor Michael Bloomberg (US$22 billion), has succeeded. For comparison,  Bloomberg is anywhere from 85 to 110 times richer than Republican presidential candidate Mitt Romney.
Forbes also counts 16 current billionaires throughout the world who have ran for, and in some cases attained, public office. 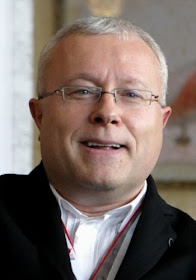 
The Connection: Political ally, Mikhail Gorbachev
Alexander Lebedev is a leading critic of Russian authorities; the former KGB agent refuses to leave his country for fear he'll be forced into exile. Lebedev's National Reserve Bank in Moscow and his Crimean hotel were both searched last year. Lebedev's political career has not been as successful as his business life: a member of Russia's parliament until 2007, he then tried to launch a new social democrat party with Mikhail Gorbachev, but the effort fizzled. Lebedev financially supports the Raisa Gorbachev Foundation which has built a free children's cancer hospital in St. Petersburg.


The Connection: Minister of Science and Innovation, UK (1998-2006)
Lord David Sainsbury of Turville inherited a stake in US$30 billion (pre-tax revenues) Sainsbury's, one of the U.K.'s largest grocers. Sainsbury served as chairman and CEO of the supermarket chain but withdrew in 1998, when he was appointed to the government; he spent 8 years as UK's Minister of Science and Innovation but resigned in 2006. He has been loyal to the Labour Party, donating over US$15 million since 2000. However, he has reportedly been disinterested in supporting the party since Ed Miliband took the helm; Sainsbury supports Ed's brother, David Miliband.


The Connection: Republican Gubernatorial Candidate, California (2010)
After spending her way to a gubernatorial loss in California last year, Whitman is back on top as the latest CEO of Hewlett-Packard. Whitman is tasked with turning around the struggling technology firm in the wake of the ousting of her predecessor, Leo Apotheker, fired just weeks after he announced that HP would be getting out of the PC business for good.


The Connection: Gubernatorial candidate, New York (1994, 1998, 2002)
Golisano is the national spokesman and major funder of the National Popular Vote Initiative, an organization dedicated to abolishing the electoral college and instituting the direct election of the President of the United States by popular vote. His charitable Golisano Foundation "is devoted exclusively to supporting programs for people with developmental disabilities so that they may achieve their maximum potentials by integrating independence, self-determination, and productivity into all facets of their lives".


The Connection: Prime Minister of Lebanon (2009-2011)
Saad Hariri lost his post as prime minister of Lebanon last year after Hezbollah cabinet members walked out on him for refusing to reject the findings of a tribunal implicating members of the Islamist group in his father's murder. He now leads the opposition against Prime Minister Najib Mikati, a fellow billionaire, but has been living mostly in Saudi Arabia, reportedly for security reasons. He's chairman and chief executive of Saudi Oger, the source of the family's wealth. A recent ski injury temporarily slowed down his relentless tweets against the Syrian dictatorship.


The Connection: Federal Council Representative, Russia (2006-present)
With brother and fellow billionaire Alexei, Dmitry started out importing computers to Russia. The brothers then set up a bank and have been active in real estate and media. In 2011, they bought the Alfa Arbat Center, an office building in central Moscow, for US$230 million. In 2010, the brothers sold their telecom company Synterra to Megafon, which is owned by billionaire Alisher Usmanov and Alfa Group, for US$745 million. Despite their wealth they felt a lack of education and completed executive MBAs at the University of Chicago in 2005. Both brothers are very religious. Dmitry is a Federal Council (Senate) representative for the gas-rich polar region of Yamal. Since he became a senator in 2006, his brother Alexei handles all their businesses.


The Connection: President of Chile (2010-present); Senator (1990-1998)
After he was elected president in 2010, Pinera kept his campaign promise to sell his holdings, a popular move. He unloaded his 26 percent stake in Chilean airline LAN for US$1.5 billion, sold the TV channel Chilevision to Time Warner for a reported US$150 million, and sold his share of popular soccer team Blanco & Negro. But last year after student protests, worker strikes, and raging wildfires in Torres del Paine National Forest, Pinera's approval ratings dropped to a reported 23 percent, the lowest of any Chilean president since Pinochet.


The Connection: Prime Minister, Lebanon (2011-Present)
Najib Mikati became prime minister of Lebanon in January 2011 and immediately faced a series of threats to the country's stability--not least the violence in neighboring Syria. Mikati, who's a moderate in a divided nation, keeps in touch with a growing following on Twitter to explain his policies.


The Connection: Founder, Free Egyptians Party (2011)
Sawiris plunged into politics when he formed last year the Free Egyptians party to promote free markets and a secular government. Although he apologized, hard-line Islamists wanted him tried on charges of insulting Islam for tweeting a bearded Mickey Mouse and a veiled Minnie.


The Connection: Senator to Federation Council, Russia (2001-Present)
The former Communist leader turned fertilizer billionaire is considered one of Russia's most powerful politicians.


The Connection: Prime Minister, Italy (2008-2011)
Silvio Berlusconi is out of office and out of jail, at least for now. The former Italian Prime Minister resigned in November amid scandals, gaffes and a crumbling economy. This past February, the media and banking maven had corruption charges thrown out of Italian court thanks to a statute of limitations, but he still faces separate charges for sex with a minor and tax fraud. He denies all allegations. He started his career as a cruise ship crooner.


The Connection: Candidate for Prime Minister of Georgia (Fall 2012)
Bidzina's wealth is equal to half of Georgia's GDP, and he's used it to provide for the people living in his hometown of Chorvila -- creating a modern feudal municipality.


The Connection: Leadership, Right Cause Party Congress (2011); Candidate for President of Russia (2012)
Prokhorov left Right Cause as the movement collapsed, calling the party a "farce." He garnered 8 percent of the vote against Vladimir Putin in the race for president.


The Connection: Mayor, New York City (2002-Present)
In January the longtime equal rights advocate joined with other mayors nationwide to launch Mayors for Freedom to Marry. In February he won plaudits from women's rights groups for pledging to match US$250,000 in donations to Planned Parenthood when the Susan G. Komen Foundation controversially and briefly cut funding.
Source: china.org.cn
Share